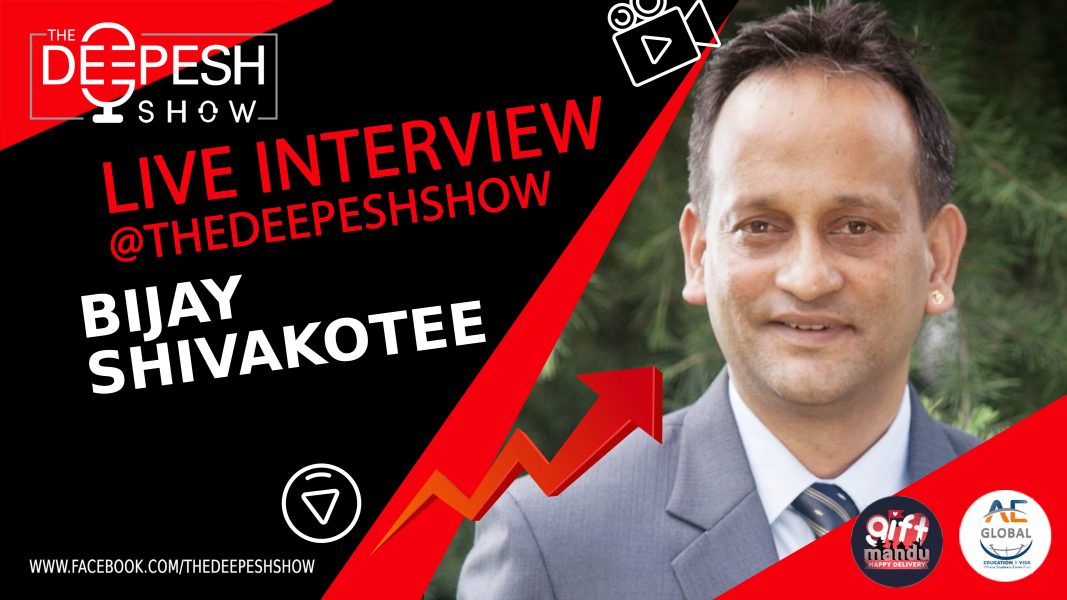 Nepali Music Industry has some best lyricists who poured their hearts out in the songs which we could not resist singing. One such talent is Bijay Shivakotee, whose creations are nothing but quality poetry. He is one of the acclaimed lyricists who is doing a great job in writing beautiful songs and is ruling for many decades.
His work as a lyricist is commendable and have received both immense critical acclaim and popular appeal. He wrote his first song, Bihani seet bani and has written many heart-touching song tracks like Mero Pani Yaad aucha, Chaina jun, hath badhi, thaha chaina kun mod, sangai hunda and so on. His choice of words in most of the lyrics that he penned was very simple and yet he was able to convey the meaning easily. To date, he has successfully released four albums.
live on
https://www.facebook.com/thedeepeshshow
https://www.youtube.com/thedeepeshshow
http://www.twitter.com/thedeepeshshow
Podcasts
www.thedeepeshshow.com
#BijayShivakotee #TheDeepeshShow #NepaliPodcast #aeglobal #giftmandu #liveinterview #lyricist
Bijay Shivakotee(Lyricist) nepali lyricist Nepali Music Industry nepali podcast the deepesh show thedeepeshshow