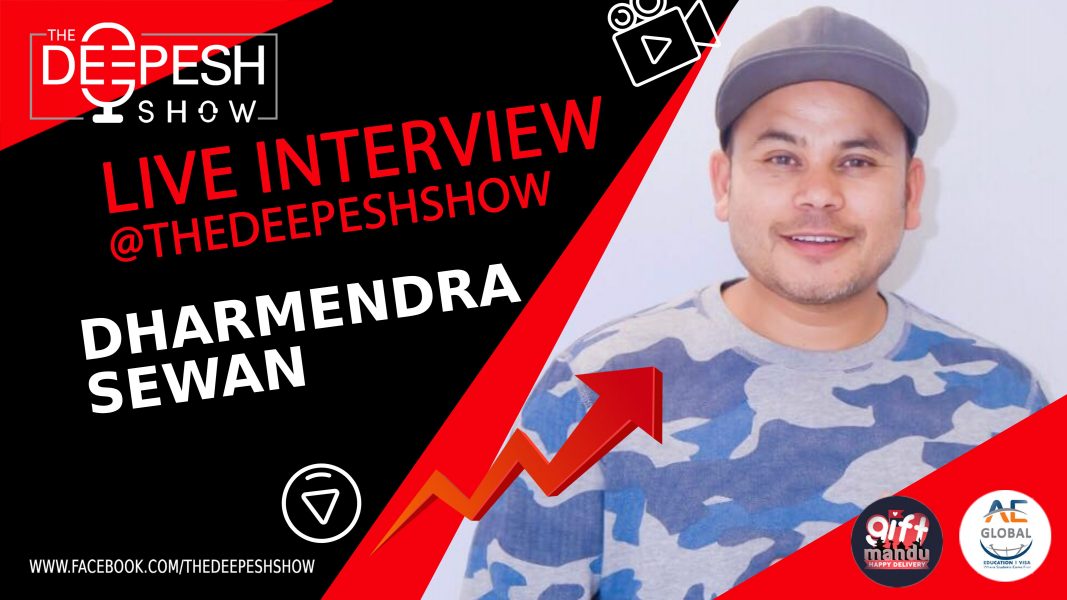 Dharmendra Sewan is a Nepali singer, songwriter, composer, and performer. He is known as the voice of his generation and has cemented himself as one of the most prominent singers of his time. He has a voice that touches the heart and has never failed to strike a chord with the audience. How he struggled tirelessly towards the road to success is an inspiration in itself. He started on his journey with the hugely popular Nepal’s own first singing hunt competition, “Nepali Tara Season 1,” and succeeded in bagging First Runner Up possession in 2005.
He has released three solo albums so far, such as “The 2nd”, “Mero Idol” and “Rastra Ko Geet” also released many singles Such as Kata Hideki, Gulab Ko Phool, and a recent hit like Maya Marera He has also been a playback singer in many feature films like such First Movie ‘Raghuveer’ title song, Eelaka, Hamro Prem Kaile Hunchha, Kina kina (Title song), Rang, Chapali Height 2 and so on.
He covered his father’s song ‘Herda Ramro Machhapuchre’, which won HITS FM MUSIC AWARD in Best Vocal Performance Pop Male in 2014.
live on
https://www.facebook.com/thedeepeshshow
https://www.youtube.com/thedeepeshshow
http://www.twitter.com/thedeepeshshow
Podcasts
www.thedeepeshshow.com
#DharmendraSewan #TheDeepeshShow #NepaliPodcast #aeglobal #giftmandu #liveinterview #Singer #NepaliArtist
Dharmendra Sewan Nepali Artist Nepali Music nepali podcast Nepali Singer the deepesh show thedeepeshshow